Submitted by Lani Jo on 01/08/16.
It's hard to believe that we did all of this on one stage and with one screen!

2015 was a busy year at the Clinton Street Theater. Here our some of the highlights for me. It's hard to believe that we did all of this on one stage and with one screen!

The documentary THE THROWAWAYS is a personal exploration of the devastating impact of police brutality and mass incarceration on the black community told through the eyes of formerly incarcerated activist filmmaker Ira McKinley.

We had co-director Bhawin Suchak with us, and after the screening, Bhawin, along with JoAnn Hardesty from the Portland chapter of NAACP and folks from Don't Shoot Portland and #BlackLivesMatter engaged the community in heartfelt discussion around these issues.

This was co-sponsored by our friend and community partner, KBOO Community Radio.

February--MATT SHEPARD IS A FRIEND OF MINE screening and fundraiser

MATT SHEPARD IS A FRIEND OF MINE is a documentary by Michele Josue about the Matthew Shepard behind the headlines. An honest and intimate portrait of Matt as he is remembered by those who knew him, MATT SHEPARD IS A FRIEND OF MINE is the story of loss, love, and grief that does not go away. At the Valentine's Day screening, Judy Shepard, Matt's mother, was here for a Q&A after the screening, and LOTS of tissues were needed as there wasn't a dry eye in the house. We raised hundreds of dollars for local LGBTQ organization, Equalize, and The Matthew Shepard Foundation.

March--MONTY PYTHON AND THE HOLY GRAIL

In March we began a new partnership with the Portland Geek Council to bring family fun to the community. MONTY PYTHON AND THE HOLY GRAIL was a fantastic way to start! We gave away coconut halves so folks could "clop" along with the horses, some guests came dressed in their best mideval finery, and Joe Streckert of "Interesting Times Podcast" got us going with a 15-minute history presentation. Was King Arthur real or imagined? What the heck is the Ides of March?

We closed for a few days mid-April so we could install the rest of our "new-to-us" seats. We also hired theater specialists to repair the walls in the auditorium, take down the old curtains, and replace them them with soundproofing materials and lovely new wall coverings. So many of you stepped up to help us! We painted everything inside and out, and the old girl looks better every day!

To celebrate International Doula Month, the Mother Tree Doula Interns presented the premier performance of The Birth Monologues: Everyone Has a Birth Story. We heard real birth stories from Portland's moms, partners, doulas, and midwives. The monologues, performed by local actors, evoked a unique perspective and experience of birth. Birth is raw, ordinary, transformative, challenging; birth is infinite.​ I was thrilled to be part of this, both as a writer and a performer. We raised more than a thousand dollars for the Oregon Doula Association.

Renfree is a short film by local filmmaker and director, Colin Rich, about two brothers struggling to survive a world upended by a parasitic infection, which killed many and turned others into crazed savages. It's the first time in my knowledge that we had a public beard shaving in the theater, and, of course, we had to have a ton of zombies there to try and stop it.

In July we celebrated with the annual Division/Clinton Street Fair, whose theme was "metamorphosis." After a month of hot and dry weather, the skys opened up with buckets of rain just in time for the parade. The Rocky Horror Picture Show cast, troopers every last one, took to the streets anyway, and by the time they got to the end of the route, they all looked like shivering, drowned rats. Man, I love you guys!

In addition to our Saturday morning cartoons, we had a special FREE community screening of the WIZARD OF OZ thanks to community partner Portland Digs Real Estate. Kids (including yours truly) came in flying monkey suits, Glinda gowns and pointed hats, and we paraded across the stage before the film.

I can't write about this year without describing one of our favorite partnerships--Monkey With A Hat On Productions. They produce the Ten Minute Play Festival, and the August playfest had the theme "Taboo." We laughed at Mormons wanting to drink a Coca-Cola, a friendly escort service, a suicidal man with necrophilia tendencies, eating whale sushi, a brother's dark secret, the devil wanting to give away his soul, the jumper on the roof, two missionaries refusing to drink alcohol, what not to do at a funeral, and two Catholic school students committing blasphemy.

Musical interludes between the plays came from the talented violinist, Djinn Maury.

The Rocky Horror Picture Show went from cult film to cultural landmark in a time warp that’s lasted 40 years. Here in Portland we've been enjoying the shenanigans for most of these years, and the Clinton Street Theater has the not-so-dubious record of being the longest continuously-running weekly screening of Rocky Horror Picture Show IN THE WORLD -- 37 years and counting.

We had a really special SOLD OUT show to celebrate, and Lou Adler, the film's producer, sent us a kind note of thanks and a special 40th Anniversary poster to hang in the lobby. On top of that, the street outside the theater was closed for a block party, and around 10pm we had a flash mob rendition of the Time Warp to kick off the festivities.

October-BACK TO THE FUTURE Party

In BACK TO THE FUTURE II, Marty, Doc and Jennifer time traveled to October 21, 2015, and we celebrated with back to back screenings of all three franchise films.

We had a packed house for every screening, and many world weary time travelers came for all three!

The event was made possible in part by our sponsors The Business Department, Pedal PG, Gearbox Studios and Good Cheer Records.

To celebrate 10 years of making opera safe for America, OTO screened THE UMBRELLAS OF CHERBOURG, the sensually ravishing 1964 film that made opera safe for France. Before the film, OTO's yeh yeh girls entertained us with live French cabaret music and we got a sneak peek at what's ahead for OTO in 2016 and the next ten years.

December--It's all about the kids

We took care of kids on both sides of the spectrum over the holidays with The Amazing Bubble Man Show during the day and THE BIG LEBOWSKI at night. Both were wonderful ways to spend time with those we love.

We started out the year with a conversation about freedom of speech and thought and expression with five screenings of Charlie Chaplin's brilliant classic, THE GREAT DICTATOR.

Live Theater: Elaborate Alibi Theater with 36 Perfectly Appropriate Mealtime Conversations and #BadDecisions as part of the Fertile Ground Festival; Monkey With A Hat On 10 Minute Play Festival: The Circus, Taboo, and Superheroes; This is Not a Western--two one-acts directed by Kelsey Peake; and My Americana; The Art of Bellydance; Entertainment For People: NEW SH*T SHOW; ALL FINES FORGIVEN, a Late Night Library Event; Yarn: Stories at the Clinton; Christmas From Home (1941); The Vagina Talk Show; The Penis Talk Show 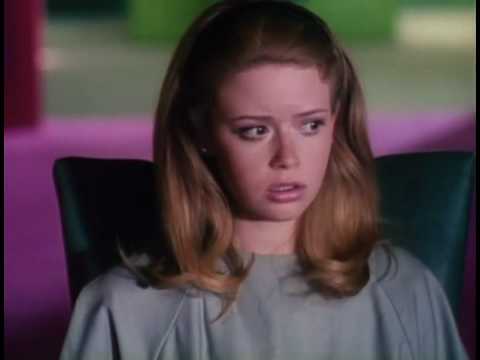 Sex Workers Film Series: A PORTRAIT OF JASON; A KISS FOR GABRIELA; CAM GIRLZ (director and CAM models present); GEORGIE GIRL; MY OWN PRIVATE IDAHO; INSIDE HER SEX; DREAMCATCHER

Reproductive Justice Film Series: A GIRL LIKE HER (with guest panel)

KBOO @ the Clinton: BEYOND SILENCE; a talk by David Barsamian; WELCOME TO THE CIRCUS (director present); CHARLES LLOYD: Arrows into Infinity; SYMPHONY OF THE SOIL; DEATH METAL ANGOLA; THE HARDER THEY COME; THE YES MEN ARE REVOLTING; A HARD DAY'S NIGHT; THE SWIMMER paired with THE POOL (director present)

Reel Cool Jazz Series: WHO IS GIL SCOTT-HERON? (with MC Mic Crenshaw and special performances by youth poets); JACO THE FILM; THE AMAZING NINA SIMONE; ORNETTE: Made in America

Portland ABC Movie Night: COINTELPRO 101; THE INTERNET'S OWN BOY; INCIDENT AT OGLALA; THE SPOOK WHO SAT BY THE DOOR; WEEKEND

Church of Film: INVASION; CARNIVAL OF SINNERS; VIY; HARD TO BE A GOD; THE FEATHER FAIRY

Other Portland Geek Council screenings: THE DARK CRYSTAL; KRULL; RAIDERS OF THE LOST ARK; GHOSTBUSTERS; SCOTT PILGRIM VS THE WORLD

Music Films: Pink Floyd's THE WALL; SALAD DAYS: A Decade of Punk in Washington, DC (1980-90); HEAVEN ADORES YOU (Elliott Smith documentary); INDUSTRIAL SOUNDTRACK FOR THE URBAN DECAY; A POEM IS A NAKED PERSON (Leon Russell documentary by Les Blank); THE DAMNED: Don't You Wish That We Were Dead; DON'T BE AFRAID TO POGO (documentary about The Gears)

Indie Features: LITTLE ACCIDENTS; ENTER THE DANGEROUS MIND; PATRICK'S DAY (the winner in the Manhattan Short Feature Film Project); SABBATICAL (director present); VALENCIA (director present); B.F.E.; THE ROAD WITHIN; ANY DAY; THE REPUBLIC OF RICK; HOW TO SAVE US; DOOMSDAYS; FISHING NAKED; CLOSER TO GOD; ARDOR; M4M : Measure for Measure; PAULO COELHO’S BEST STORY; BLIND; THE MAN WHO SAVED THE WORLD; STAR LEAF; WILDLIKE; THE NIGHTINGALE; THE WANNABE; HERO OF THE UNDERWORLD

Animation: ROCKS IN MY POCKETS

Other Repertory Films: TOOTSIE, MALCOLM X (on the 50th anniversary of his assassination), THE FISHER KING, E.T. THE EXTRA-TERRESTRIAL; HAROLD AND MAUDE; TO KILL A MOCKINGBIRD; CHARIOTS OF FIRE; NAKED GUN 2 1/2; NASHVILLE; RUDOLPH and FROSTY'S CHRISTMAS IN JULY; IT'S A MAD, MAD, MAD, MAD WORLD; BLADE RUNNER: The Final Cut; CASABLANCA; SPACEBALLS

Gus Van Sant Series: EVEN COWGIRLS GET THE BLUES; TO DIE FOR; GOOD WILL HUNTING; PSYCHO; PARANOID PARK; PROMISED LAND

What an absolutely amazing year! And 2016 is only going to get better!

We're raising funds to make some necessary improvements to the theater's equipment and facilities. Thank you for anything you can give.